#RosaceaCommunity ?
One of you lovely people on Instagram asked me to create this hastag, so that she, along with those of us suffering from rosacea, are able to follow each other, share experiences, recommendations and hopefully that way feel more comfortable in our own skin.

However, the hastag has been around on Instagram since the end of 2018, so I certainly can take credit for it. Nonetheless, it’s such a great initiative and I’m happy to be able to spread the word.

April is Rosacea Awareness Month, so the timing couldn’t be better.

The global Rosacea Consensus Panel recommends “general skincare” as a fundamental management strategy for rosacea and it consists of the holy trinity:

The severity of the erythemato-telangiectatic subtype correlates with the degree of sun exposure. In other words, the more you’re exposed to the sun, the worse your rosacea gets.

UV light sparks inflammation and oxidative stress leading to defects in the tiny blood and lymph vessels in the skin, which is what we see as telangiectasias (also called thread veins), chronic redness and the swollen skin.

I prefer to wear a hat as much as possible, stay in the shadow and use inorganic sunscreens (aka physical filters), SPF 50+ with a tint to knock back my chronic redness ?

The mechanisms behind what triggers the development of rosacea are still poorly understood, however an unfavorable inflammatory immune response to the demodex mite (normally present in our skin) is considered to play a key role.

However, when rosacea is first present in the skin certain triggers can worsen the symptoms.

FLUSHING
Specific triggers (see below) can lead to rosacea flushing, which is a transitory intensification of the redness, due to dilation of the tiny vessels in the skin, with a simultaneous burning and stinging sensation.
An episode of flushing can last from minutes to hours, be painful and leave the skin sore.

I’ve divided potential triggers into external and internal triggers.
What triggers flushing is different to each individual. And identifying them can be a lifelong quest.

What are your triggers and how do you manage your flushings?

Rosacea is a chronic skin disease, which means there’s no curative treatment.
As rosacea can manifest with many different symptoms these are the targets of various treatment modalities.

In 2017 the Global Rosacea Consensus Panel agreed on the latest treatment recommendations for rosacea. Their overall points were:

GENERAL STRATEGIES
1) Skincare is fundamental (more on that in my post on How To Manage Rosacea)
2) Treatment should be based on the phenotype (= symptoms the patient presents)
3) If several symptoms appear in a patient, which is often the case, they can be treated simultaneously with different agents/modalities.

REDNESS & TELANGIECTASIAS
Unfortunately there’s no high-quality evidence for flushing treatments, which emphasizes the complexity of the disease. Transient redness (=comes and goes) can be treated with cream and pills that constrict the vessels in the skin. Persistent redness and telangiectasias (chronic dilated vessels) can both be treated with IPL (intense pulsed light) and PDL (pulsed-dye laser) and the latter with electrodesiccation and other laser options.

PAPULES & PUSTULES
These symptoms are (according to severity) treated with 1) Creams with anti-inflammatory properties that also kill the mites 2) Oral antibiotics in submicrobial doses used for their anti-inflammatory properties
3) Oral vitamin A which has anti-angiogenic effects (improving redness and flushing), alters skin microbiome and changes composition of sebum/skin fatty acids (ref. 3).

For treatment of ocular rosacea (rosacea involving the eye) see table below.

Which treatment(s) have you tried?

Traditionally rosacea has been divided into 4 subtypes (listed below) but over the past 15 years significant new knowledge of the causes of rosacea, disease development and mechanisms have emerged.
Thus, the global ROSacea COnsensus (ROSCO) panel concluded in their 2017 recommandations that classification of rosacea should be based on phenotype (= the present symptoms in the patient).

Some patients present only predominantly one or two features (e.g. redness, flushing and occasional papules) and others are affected by all the symptoms across the four subtypes during their life, but common for everyone with rosacea is the chronic central redness of the face.

DIAGNOSTIC FEATURES
To set the diagnosis either of two has to be present
1) “Persistent centrofacial erythema associated with periodic intensification by potential trigger factors” (e.i. flushing)
2) “Phymatous changes” (skin thickening of the nose)
Based on this new insight rosacea should be considered a spectrum of symptoms that can be present in varying degree in each individual, rather than classified as 4 fixed subtypes.

What symptoms are you mostly affected by? 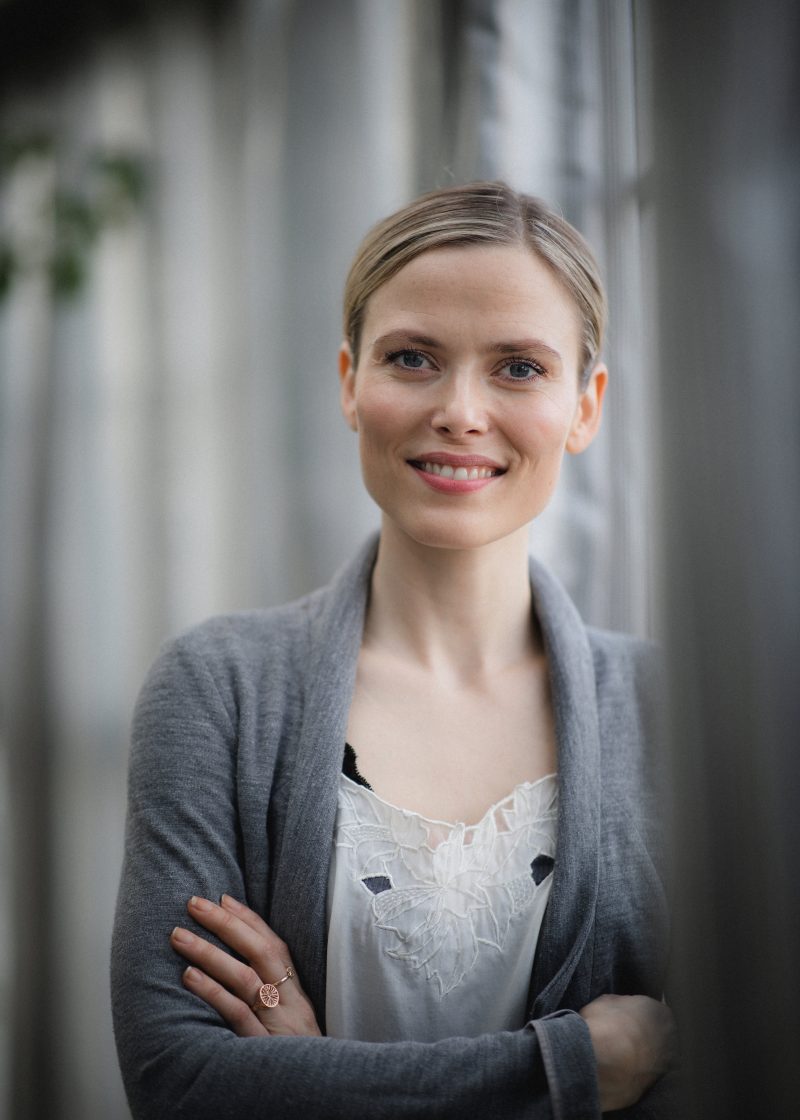 Hi, I'm Cæcilie Johansen - medical doctor and PhD student in dermatology sharing my knowledge about skin and love for all things beauty.

Please connect your site to YouTube via this page before using this widget.